Wewoka and the Seminole County area is one of the oldest, most culturally diverse, and historically significant regions in Oklahoma. However, there was no avenue for promoting and caring for its history for many years. In response to this need, the citizens of Wewoka and members of the Seminole Nation of Oklahoma established the Seminole Nation Historical Society in 1973. 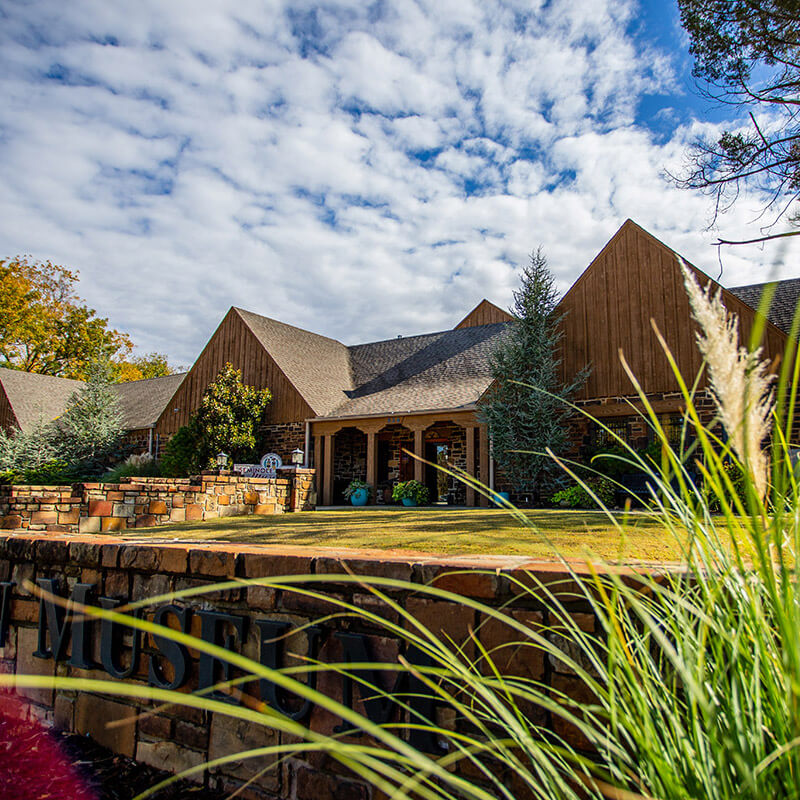 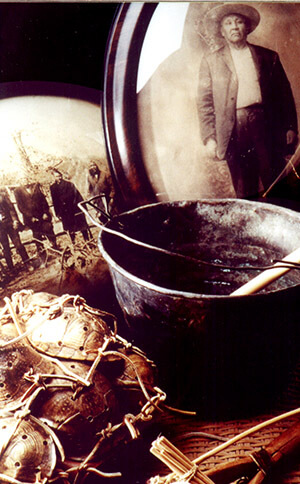 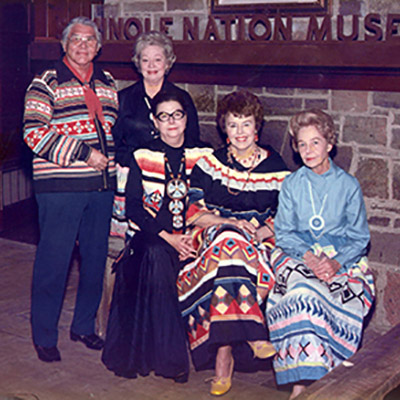 The center for the Society’s operation is the Seminole Nation Museum. The museum opened in the fall of 1974 as the culmination of almost ten years of planning and labor by the community. Originally, the museum was to be located in a two-story Works Progress Administration (WPA) building situated on the Seminole County Fairgrounds, but a fire decimated the building before it could be rehabbed into a museum. City leaders responded by offering the old, vacant Community Center to the Historical Society for refurbishment. They did so under the condition that they would maintain a military exhibition for the American Legion housed there. The exhibit honors the men and women who selflessly served this country so that their work and sacrifice will not be forgotten (a tradition that continues today). 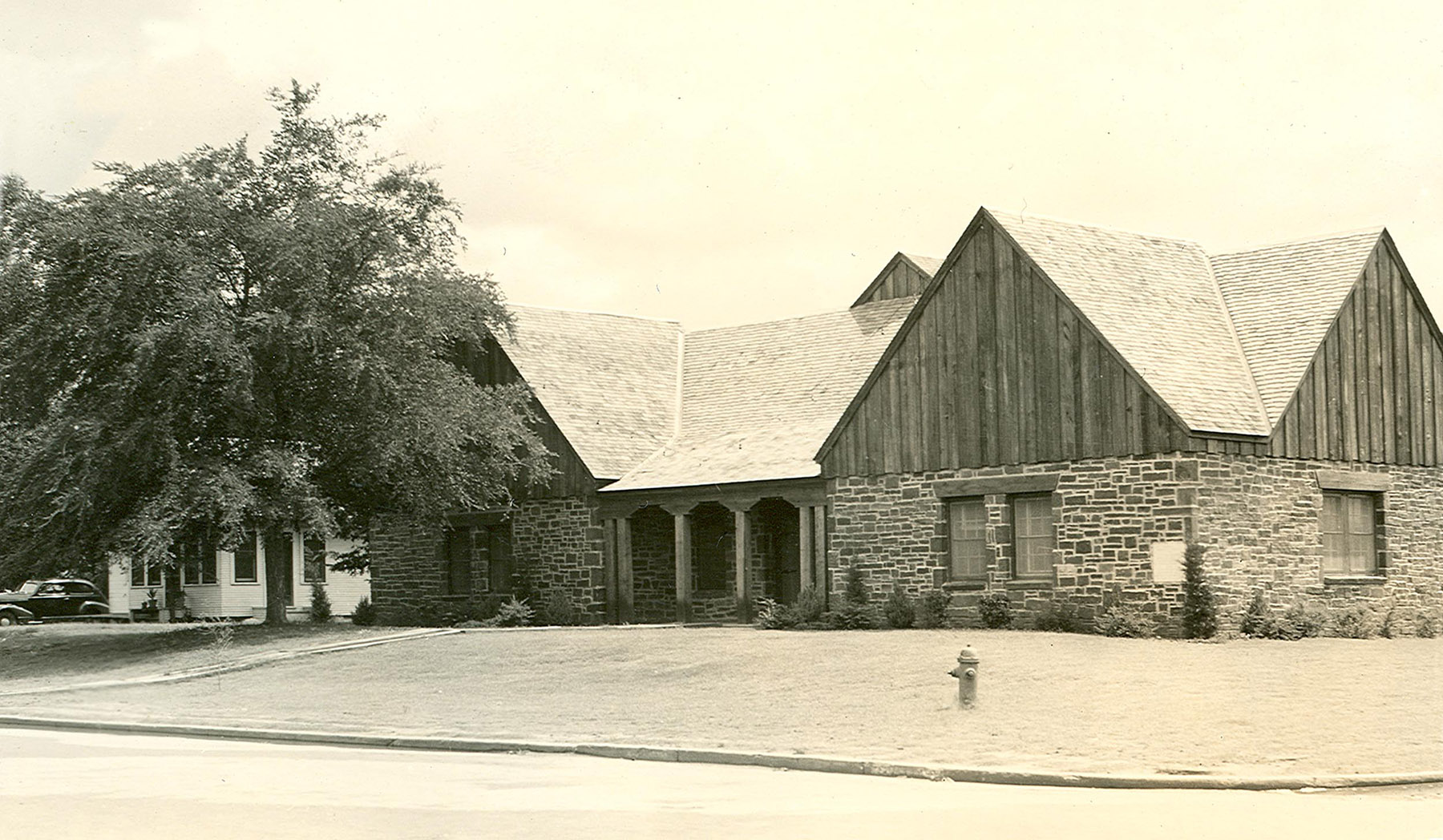 Its natural stone body and cedar-gabled roofline set the museum apart from more elaborate and ornate structures found throughout the county. In fact, the only known building of similar design is the old Lincoln Park Armory in Oklahoma City, which now serves as the home of the 45th Infantry Division Museum.

Initially, the facility contained approximately 1,800 square feet of exhibit space and a small office and gift shop. Today, it includes almost 4,000 square feet of display space, a research library, an expanded arts and crafts center, and an art gallery that displays original works of art and hosts traveling exhibits throughout the year. The grounds have grown more than six-fold, now encompassing the entire 500 block of Wewoka Avenue, half of the city block to the museum’s east, and several lots to the west.

Since 2007, the Seminole Nation Museum has raised over $500,000 to improve the safety, accessibility, structure, and appearance of the Museum building and grounds. We have installed new HVAC systems in the public spaces of the building and have built climate-controlled storage environments for our artifacts and collections. We have also completely refurbished the building’s exterior and grounds. In 2011, work began on the museum’s interior with a $40,000 renovation of the building’s gift shop, entry, and public spaces.

We have worked diligently with architects, conservators, and contractors to develop a facility of which the people of Wewoka can be proud. We strive to return the building to the unique architectural style the WPA envisioned in the 1930s. Improvements to the Seminole Nation Museum’s interior, exterior, and grounds are funded by contributions to the Building Fund.
The museum chronicles the story of the people and events that shaped the Indian Territory home of the Seminoles since its creation following the Civil War. Through life-size exhibits, artwork, and rare artifacts, the museum reveals these early-day pioneers’ social, cultural, economic, and educational heritage.

Since opening almost four decades ago, the Seminole Nation Museum has hosted over half a million visitors from every state in the Union and over one hundred foreign countries.

The museum founded and co-sponsors Wewoka’s award-winning Sorghum Festival. This annual fall event brings upwards of 30,000 to our community to experience historical-based demonstrations, re-enactments, and programming for the arts.

In 1985, the Seminole Nation Historical Society was the recipient of the Community Service Award from the State Arts Council for promoting cultural activities in Seminole County.

The museum offers in-house educational programs for adults and students. Learning courses cover various topics, from art education to how to sew patchwork.

In addition to numerous in-house tours given to visitors of all ages, the museum also provides traveling educational programs across Oklahoma and the continental US. Storytelling, music, and traditional stomp-dance bring to life the people of the Seminole Nation and aid children in understanding and appreciating indigenous culture. 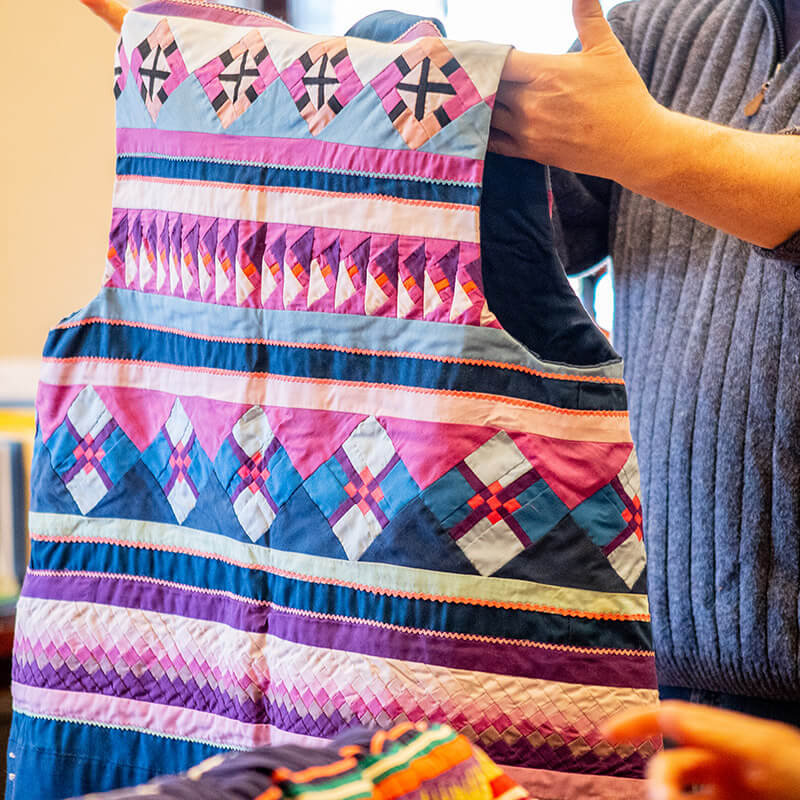 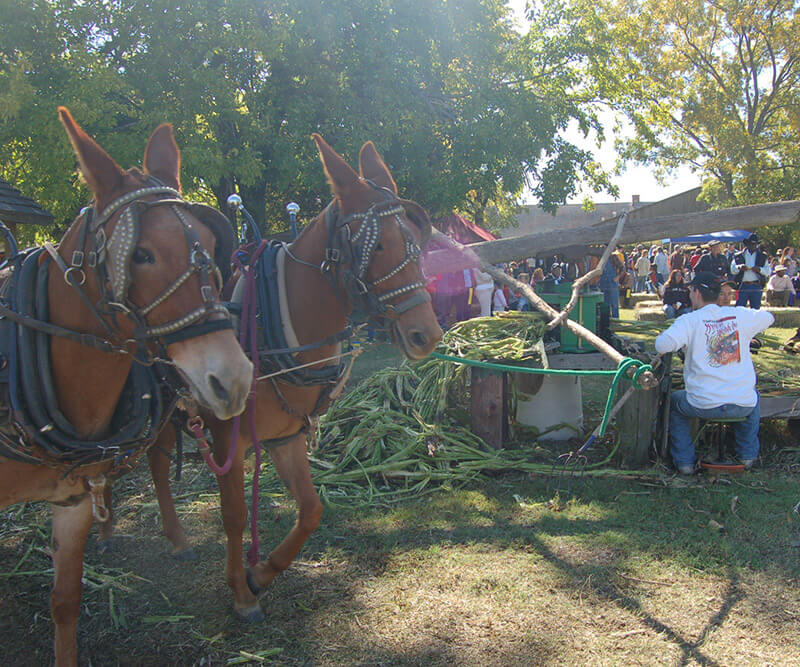