After their relocation to the Indian Territory, the Seminole were initially confined to the lands and government of the Creek Nation. The United States allowed them to have only limited self-governance, and only if they adhered to the general laws of the Creeks. Frustrations with these terms and the general conditions in the region led two bands of Seminole under Wild Cat and John Horse to migrate to Mexico in 1849.

In 1856, after nearly twenty years of living under Creek rule, they made a treaty with the Creeks and the Federal government establishing a Seminole Nation in Oklahoma. 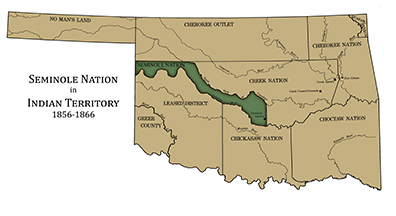 Chief John Jumper led the new Seminole Nation and established the Green Head Prairie community. They built a settlement with a council house and individual homes.

Unfortunately, the Civil War broke out, and the Five Civilized Tribes, Cherokee, Choctaw, Chickasaw, and Muscogee (Creek), began to fight against each other. Although the federal government agreed to defend the Seminole people from invasion, government forces withdrew due to the rumors of war. The Five Nations were left without any protection from the Confederates.

During the Civil War, one-third of the Seminole people chose to remain with the Union. They were led by Big John Chupco and moved to Kansas, where they fought alongside other tribal members in three different engagements.

Chief John Jumper and the rest of the nation worked with the Confederacy, fighting under the leadership of General Stand Watie.

At the war’s end, the Seminole territory was devastated, and all of the Five Civilized Tribes lost the claim to their land in the western portion of Oklahoma. 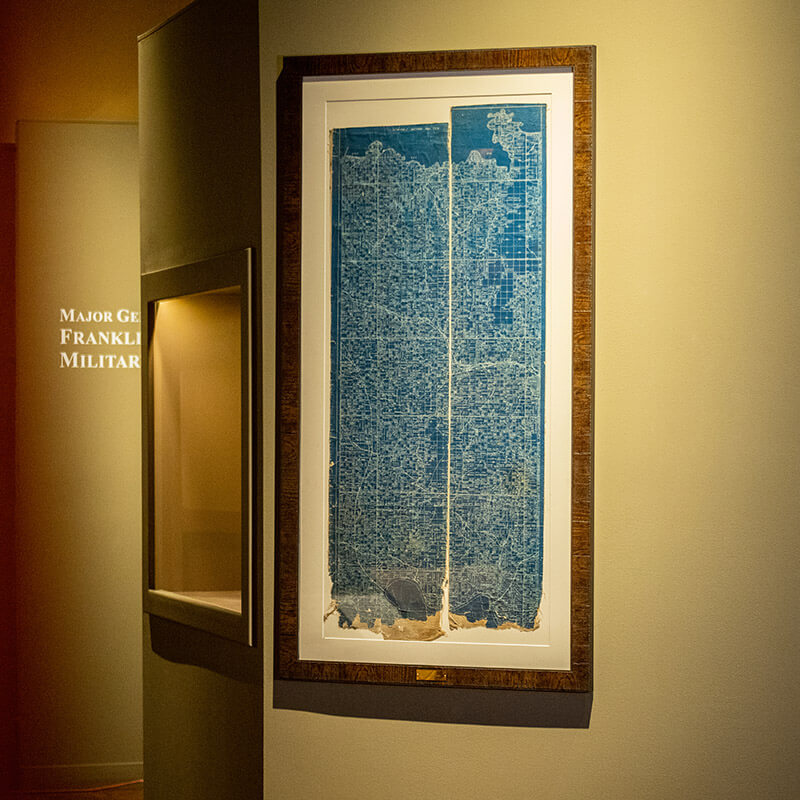 The Seminole people signed a new treaty in 1866. The treaty’s provisions required the Seminole Nation to part with all their land at the rate of 15 cents an acre and surrender any claims to the railroads. They were also required to free their slaves and provide them with the rights of citizens. The Seminole people had to unite and develop peace with other nations to create a state composed of the tribes in Oklahoma.

After the treaty was signed, Elijah Brown led the Seminole people who were still in the north back to their new nation, where they developed the capital of Wewoka. This land had a history for the Seminole people because Seminole Freedman leader, John Horse, had created a settlement there in 1849. He named it Wewoka, which means “Barking Water,” because of the sound the falls near Wewoka Creek made.