The Exodus To Mexico

In early November of 1849, Indian Chiefs Wild Cat, John Horse, and their followers began a mass exodus for Mexico in light of a ruling to reestablish slavery among the Seminole Tribe.

The blacks and Indians traveled separately because Wild Cat did not want it to appear that he had lured John’s followers away. At least two blacks rode with the tribespeople: John Wood, Wild Cat’s orderly, and Kitty Johnson, the nurse for Wild Cat’s son Billy. The party also included twenty to forty-five warriors and their families. The other group was primarily made up of John’s kin. 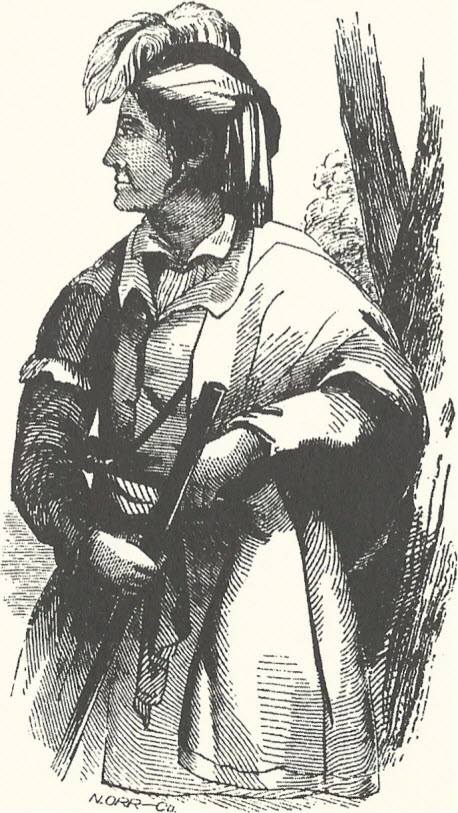 The image is courtesy of the Institute of Texan Culture.

The two groups moved south for approximately a month before reuniting in Cow Bayou, Texas, for the winter. Due to the closeness of a Texas Ranger Company, the group was forced to move on well before expected. Their next stop was the Llano River area near Fredericksburg, Texas. They would ultimately make many stops before reaching their final goal of crossing the Rio Grande into Mexico.

After a harrowing encounter with a group of soldiers in early July of 1850, the group of Seminoles hastily gathered their belongings and rode toward Mexico. Out of sight of the military camp, the emigrants split into two groups-the families, escorted by a few guards, in one and the warriors in the other. As they headed for the Rio Grande, the first party spread out to make a confusing trail while the other kept together to produce clear tracks. With luck, their pursuers would follow the warriors.

Records indicate the groups traveled two days before arriving at the Rio Grande. According to one account, the men crossed it near Lehman’s ranch, across from Moral [Mexico], above Eagle Pass. The women and children reached the river at a ford between Eagle Pass and Del Rio (called San Felipe during this time). It was dark, and the Rio Grande was high, so the escorts lashed together logs to build crude rafts and spent all night ferrying the families across the swollen waters.

According to official Mexican documents, the two groups of Seminoles and a group of Kickapoos were permitted to settle in Mexico on July 12, 1850. On July 24, 1850, the three groups were given land rights. The Black Seminoles settled in El Moral. Eventually, the Black Seminoles would separate into two groups. John Horse and his followers relocated to Nacimiento.