A Brief History of Wewoka, Oklahoma

Highlights From One Of Oklahoma’s Oldest and Most Historic Communities

One of the oldest and most historic communities in Oklahoma, the city of Wewoka was settled in January of 1849 by the great Freedman leader, John Horse, and a band of his followers. To retain autonomy and find safety from the Creek Nation, they created a community near some waterfalls in the fertile land between the North and the South Canadian Rivers. The sound of the falls led to the name We-Wo-Ka, which means “Barking Water” in the Mvskoke (Seminole) language.

Situated at the gateway to the expanding Western Frontier, Wewoka hosted many important historical figures in its early days, including the brave Phil Sheridan and the ill-fated George Armstrong Custer. Adventurer Washington Irving also passed through Wewoka while exploring the Western Prairie. 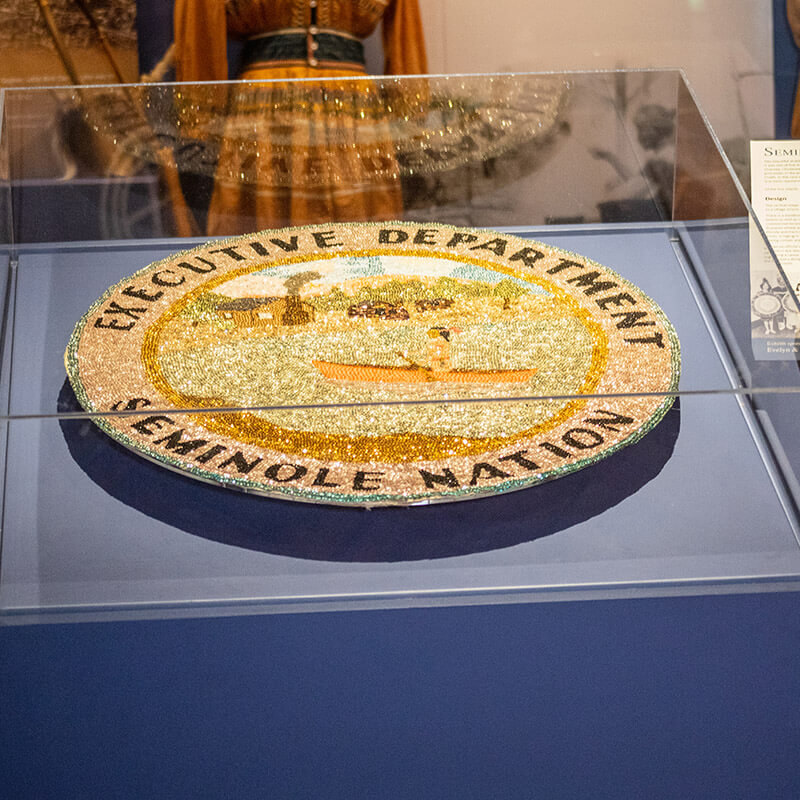 Home of the Seminole Nation

Following the conclusion of the American Civil War, members of the Five Civilized Tribes (Choctaw, Chickasaw, Cherokee, Creek, and Seminole) were forced to sign new treaties with the federal government to reallocate their tribal lands. The Seminoles relocated to this area, established their final home in the Indian Territory, and selected Wewoka as their capital. After that, many settlers came to the Seminole Nation to establish businesses or build lives for their families in the small, quiet community by the falls. The town site was opened initially for the benefit of the Seminoles but later was opened to others. An Act of Congress perfected the title. A property lot drawing took place in November 1902, which gave each of those holding a ticket a choice of either two residential lots or one business lot. Chances were sold worldwide: in China, England, South Africa, and many in Canada.

The old wooden Capitol building, which so long served the Seminoles, became a United States Government courthouse during those days when the government held court in Wewoka before statehood. Subsequently, the building served as the courthouse for Seminole County following Oklahoma’s creation as a state in 1907. It was in this clapboard building that the Seminoles made and carried out their laws. Legal trials took place before the Council. Upon conviction, the guilty were either seated at the foot of the Execution Tree and shot to death or tied to the Whipping Tree and whipped according to the court’s edict. 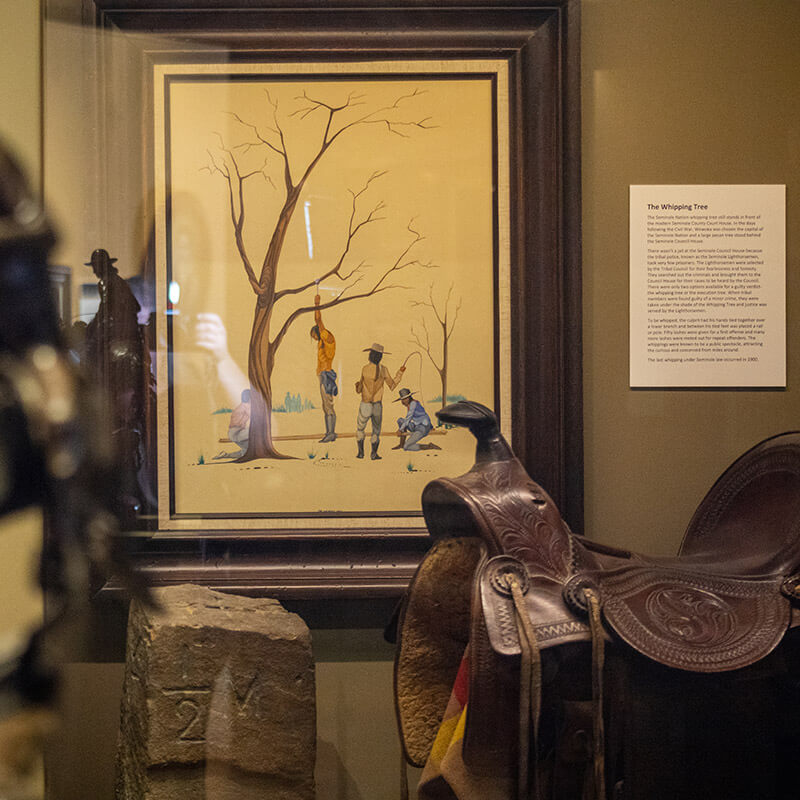 The Execution Tree, cut down in the 1920s, now exists as a part of the Permanent Collection of the Oklahoma History Center in Oklahoma City. Its bullet holes and blood stains record the severity of Seminole justice for posterity. The Whipping Tree still stands on the grounds of the modern Seminole County Courthouse. Over a century ago, the culprit had his hands and feet tied together, with the hands tied over the lower branch of the now old tree (the great branch stretching out southward today), and a rail or pole was placed between his feet. Lighthorsemen did the whipping, and the groans and the cries of the victim could be heard for many blocks.

During Seminole rule, the Federal government shipped gold bullion, silver, and paper money directly to A. J. Brown, the Seminole Nation Treasurer at Wewoka. He paid the funds directly to the tribesmen. It was inspiring to see the wagon drawn by the Seminole Nation’s swiftest horses and guarded by five or six Lighthorsemen. With ready carbines in their hands, they met the shipments of money. Their horses raced at breakneck speed from the little depot to the north end of Wewoka Avenue, where the vaults of the old Wewoka Trading Company Building waited. 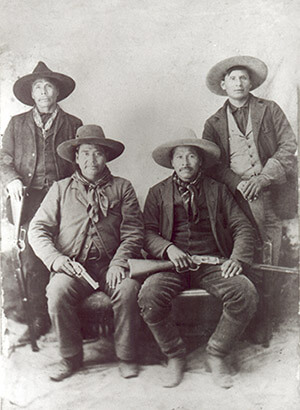 The Wewoka Trading Company was the pioneer business for the Indian Territory. John F. Brown, Chief of the Seminole Nation; his brother, Andrew J. Brown, Seminole Nation Treasurer; and Courtland L. Long, founded the company in the 1800s. It grew in prominence until it was one of the greatest commercial undertakings of the Southwest. At one time, Dunn & Bradstreet valued it at well over one million dollars. The gigantic store that covered nearly an entire city block carried everything from knitting needles to a threshing machine. This company made its own paper money, known by the Seminoles as “Choka Sodka.” The scrip (or script) was prepared in Canada and signed by C. L. Long, secretary of the Trading Company, and either John F. Brown or A. J. Brown as President or Vice President. It was redeemable in goods at the big store of the company. 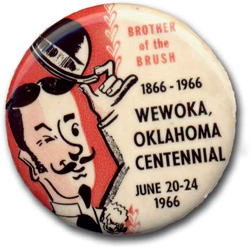 In March 1923, oil was discovered a mile and a half southeast of Wewoka. A new era came to the town. What had once been a small country establishment began developing into a small city. Since that time, progress has never ceased! B. H. Smith, now of Philadelphia, was the one who first discovered oil in Seminole County. However, as far back as 1901, drilling machinery was operating on the town site of Wewoka in a quest for the “black gold.”

In July 1907, oil was discovered in the 1200-foot horizon and produced vast quantities; yet no other wells produced oil. Around the same time, the Wewoka Trading Company was offered half a million dollars for their holdings and declined. In December 1925, Magnolia Petroleum Company discovered oil in the Wilcox sand in a well two miles south of town. This led to oil development in other portions of Seminole County, perhaps the greatest Seminole Oil Field ever, with unprecedented barrels of flowing oil – and millions of dollars in wealth! 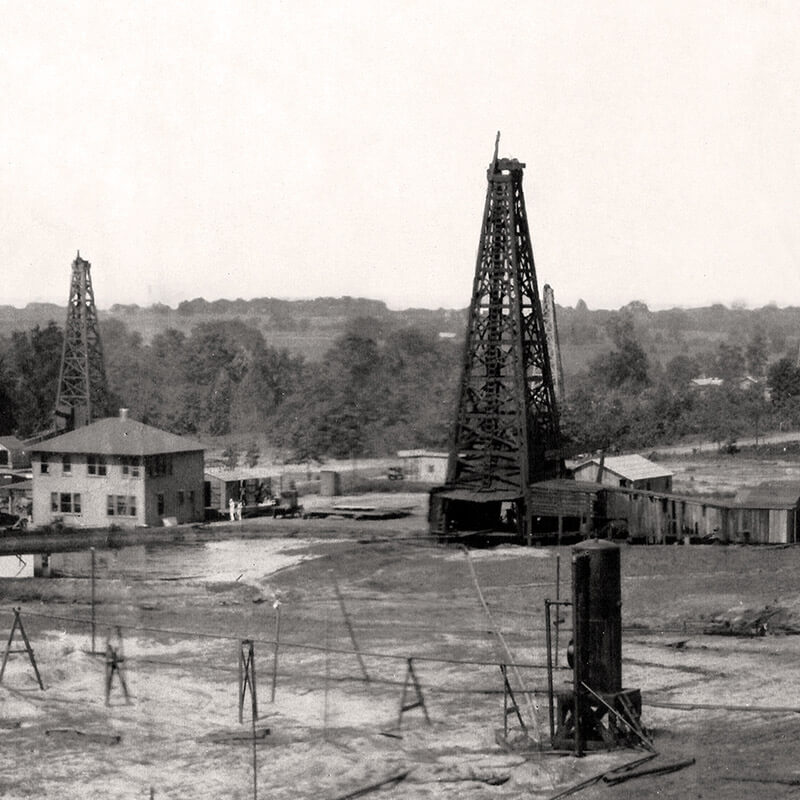