SPEAK: SPEAK WHILE YOU CAN 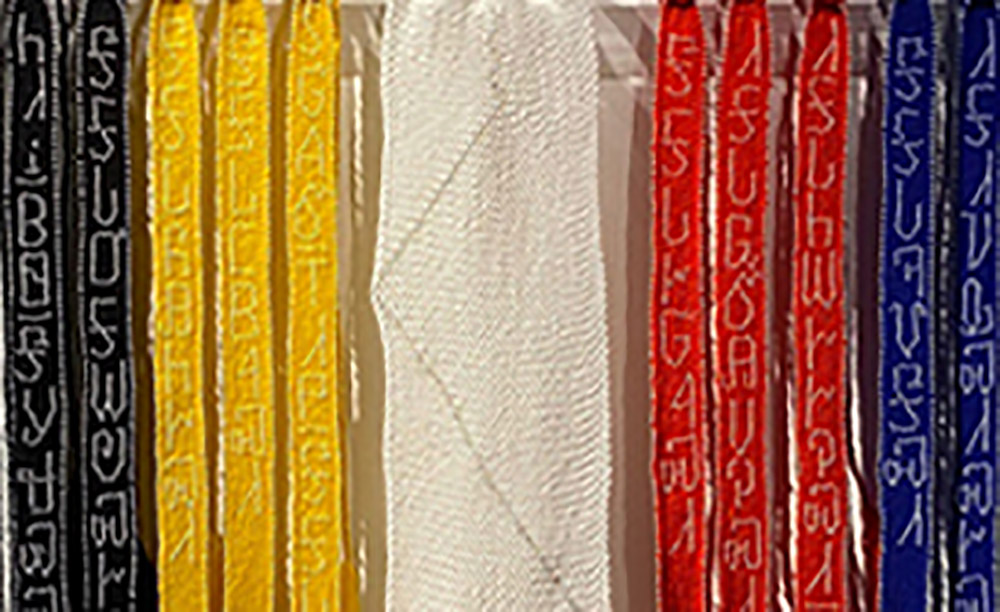 Speak: Speak While You Can is an art exhibition scheduled to be shown at the Seminole Nation Museum from September 1st to December 31st. To see Indigenous language expressed in the arts is a powerful synthesis of reclamation and creative expression. In this challenging era of rapidly changing cultural currents, it is imperative that Indigenous artists of the twenty-first century create work showing Indigenous people are not historical relics. Speak works against the notion that native people are a single point in history, an anthropological study or stoic figures in sepia toned photographs, that they are instead a vibrant people with a voice that is rarely heard. The fault lies mainly in early Federal government policies that insisted on extinguishing their native tongues. Today a great resurgence of pride in one’s own cultural identity is making it easier to share these sophisticated and expressive languages with the world. What is lost may never be recovered, but what remains can be preserved through awareness and, in some cases, even art. 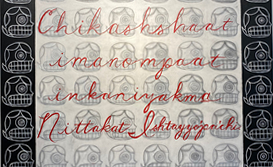 This exhibit displays the resilience and creativity of Indigenous people and is one part of the fight to keep tribal languages from diminishing. The artists were invited to participate in the exhibit based on their relationship to their familial tribal language. Some of the artists are fluent speakers, second language learners, and some are engaged directly in their tribal language programs. Ultimately, all the artists in this exhibit are engaged in the revitalization of their cultures and languages through their art. Utilizing the vocabulary of various art forms, including printmaking, painting, photography, installation, and performance art, the artists in the show comment on the state of their tribal languages and their relation to their communities and the world at large.